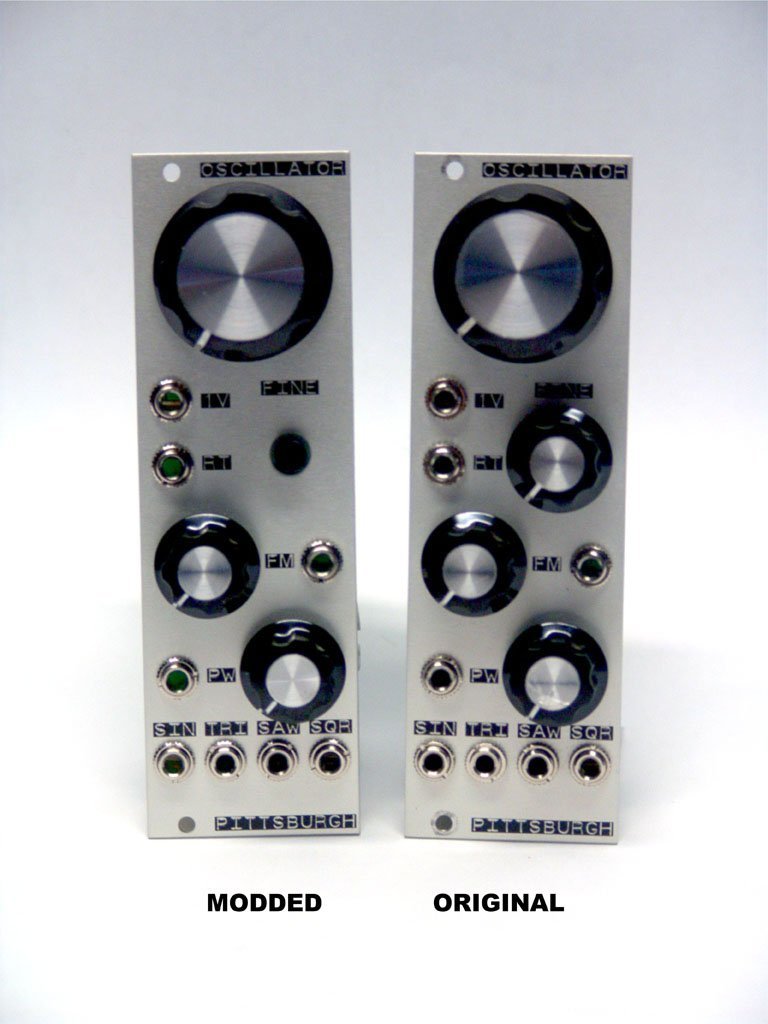 Take a good Eurorack Oscillator and with a couple of key modifications make it a great performance Oscillator!  First remove the single turn potentiometer that controls frequency and replace it with a high precision ten turn potentiometer.  This gives you much finer control than even the existing fine tune knob.  Speaking of which, since the primary potentiometer is now much finer than the ‘fine’ tune knob, replace it with a +/- Octave switch.  This makes it easier to move up or down an octave depending how you have set the frequency knob.

You can set the amount you want to move up or down by adjusting these added trimpots for the +/- octave switch. 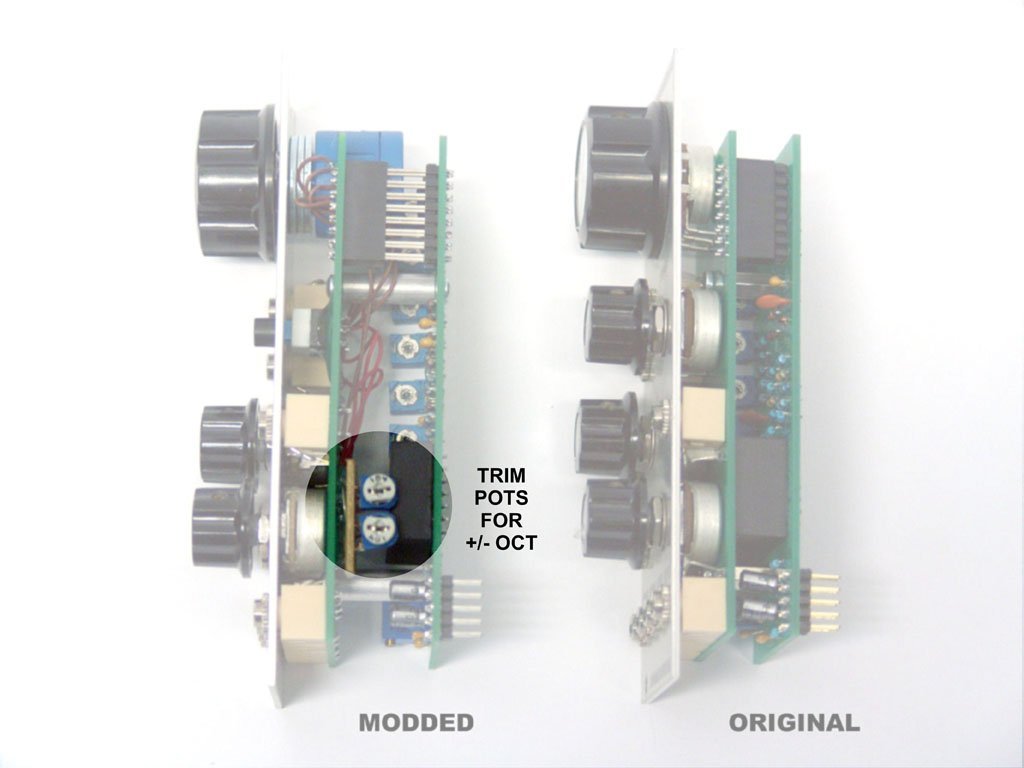 This original idea was from Darwin Grosse (20 Objects) who likes to perform as often as he can and uses his Eurorack modular primarily when he does perform. He told me ‘I think there is enough room to fit a ten turn pot in this Pittsburgh Oscillator.’ After carefully taking one and cutting out the front PCB I realized there was. I quickly made a couple for him and one for myself and now I must say I am spoiled and wished more Eurorack modules had these ten turn pots!