One of my favorite types of emails are from people who love their non-eurorack gear so much that they want to find out, ‘if’ it is possible to convert over to eurorack, and what would be involved in doing so.  At first I was not sure if conversion of the Korg MINI KP would even be possible.  I usually have to go back and forth with the inquirer and see if they can ‘carefully’ open the ‘back panel’ and look inside and see what we would be facing.  I ask for a couple of pics and some measurements.  Basically the main hurdle in euro conversion is the physical size of the PCB’s that are inside the synth/pedal/effect box you are trying to convert over.  Yes, current use, digital functionality, midi conversion, voltage needs, among other concerns need to be addressed, but the size of the PCB’s is the most critical ‘show stopper’ that has to be addressed first! 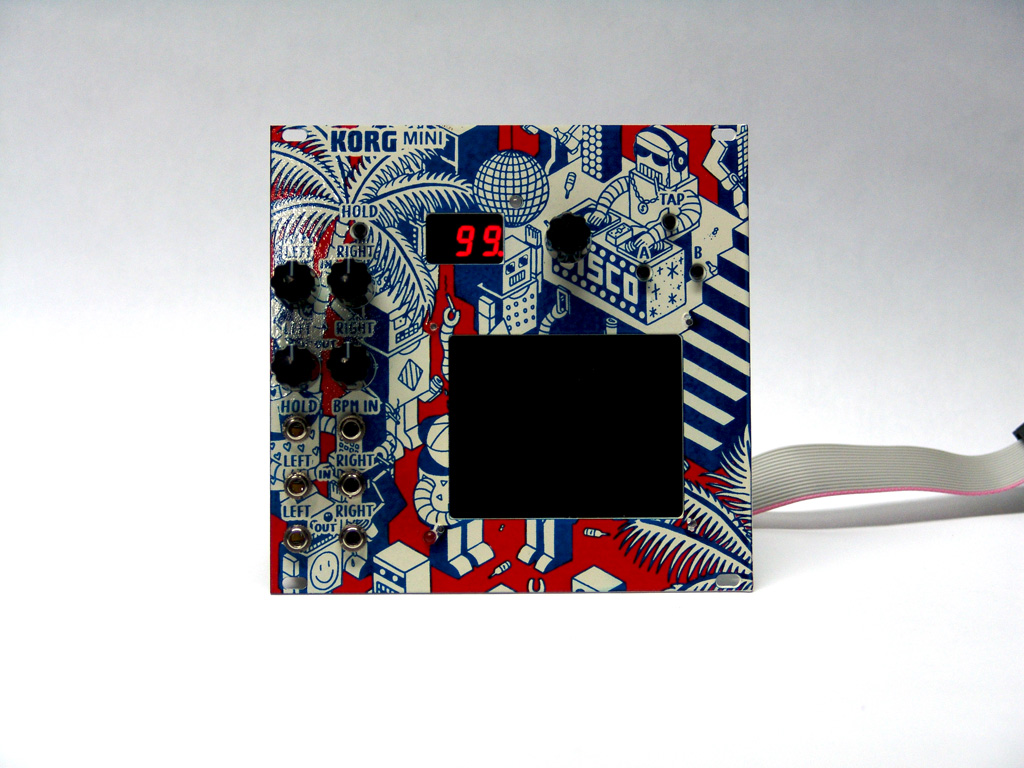 I asked Ali a few questions about his MINI KP and the journey with it so far.

What is your history with the Korg MINI KP?
I’ve owned one since about 2009 when I bought it to run my Nord Electro through live with my band at the time. I’ve always been fascinated with XY pads since the first Kaoss Pad came out and I was doing work experience at Digital Village. Since getting into Eurorack ~2013 I’ve always wanted to convert my Mini KP into a modular unit.

What made you interested in getting it converted over to the eurorack format?
Just that the Mini KP (and other Kaoss-series units) used phono which was fairly useless to me. I was also interested with the potential of clocking with various 4ms units and seeing what would happen with delay times etc.

How do you plan on using it in your eurorack?
Primarily as a sound design tool, interested in complex modulation sources being used with it, as an insert or aux send and of course routing my DAW’s sounds to it now that it’s clockable properly.

Possibly playing live?
Potentially, but I’m not sure who’d come and see me 🙂 Interested in doing some improvisation with actual instruments and the modular, so less typical techno/ambient uses and seeing how it works in context of more conventional jazz or disco, for example, but it’s about finding an audience and other musicians.

What other major manufacturer would you like to see produce eurorack modules?
The big one is Electro Harmonix, who make incredible pedals. Other guitar pedal manufacturers too, Boss is missing a massive trick here with not reissuing their compacts.

Guitar pedals were my gateway into music technology around 2001/2 and I’ve amassed a sizeable collection since, even hooking them up to my patch bay in a modular configuration, so to speak (http://alijamieson.co.uk/2016/09/my-parallel-pedalboard).

Other than that I’d love Casio to convert the CZ units into euro format.

Do you have a soundcloud or bandcamp page?
My website where I host music tech and music theory tutorials is where I’d prefer people to check:
http://alijamieson.co.uk/  …but I do from time to time actually make music, which can be found here:
https://soundcloud.com/alijamieson/

Thank you to Ali for his answers to my questions and also I have to give props to Jenni Sparks for the artwork on his custom panel.  Her work can be found here on her site.  http://www.jennisparks.com/ 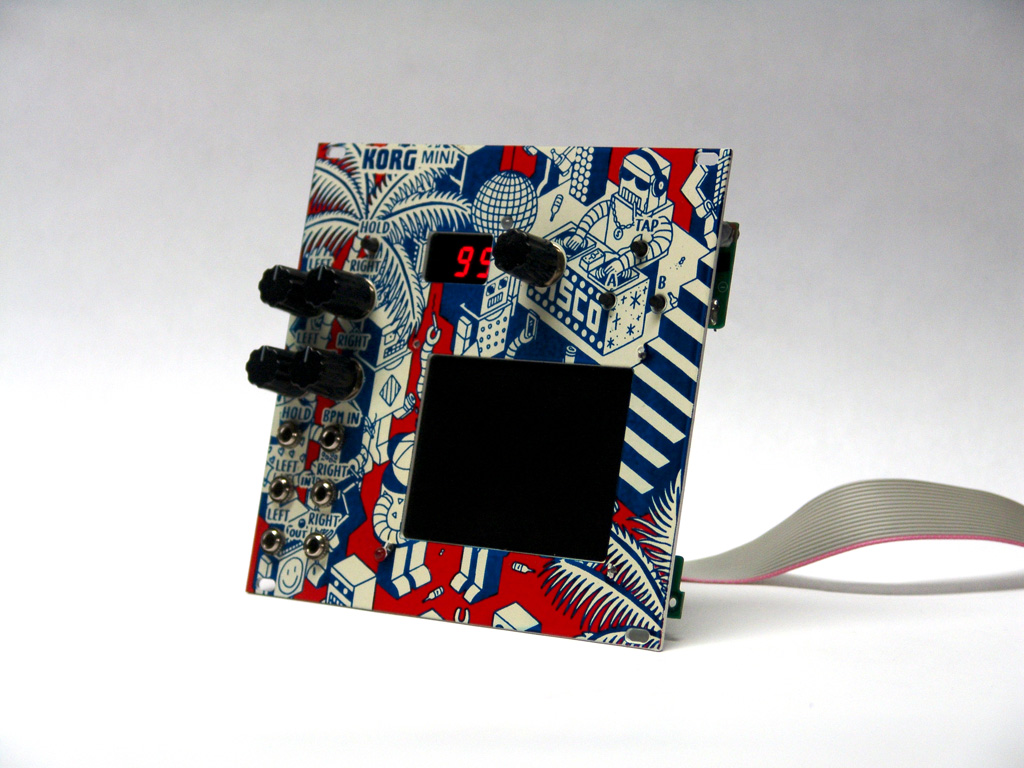